Francisco has made a sharp turn toward the northeast which will keep the center of the storm off the coast of Japan. However, it will still bring heavy rain and a risk of flooding to part of the nation.

Although the tropical storm has been following a track similar to deadly Typhoon Wipha from last week, Francisco will pass farther offshore and produce only a limited wind threat for eastern Japan.

The greatest threat from Francisco will be the heavy rainfall that will continue into Saturday before ending as Francisco is pulled farther northeast into the open Pacific Ocean. 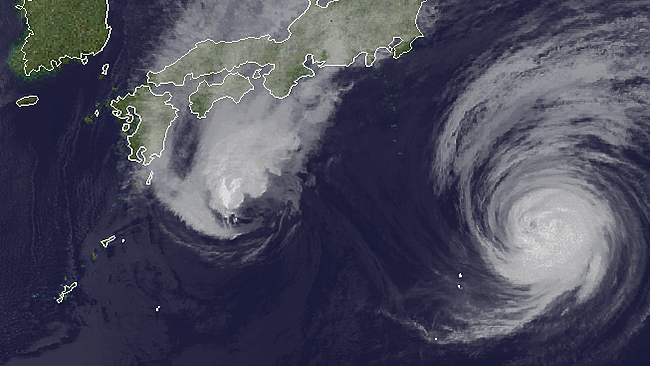 Satellite image of Tropical Storm Francisco and Typhoon Lekima near Japan on Friday, courtesy of UW-CIMSS.

Thus far, the heaviest rainfall has occurred across Shikoku and southern Honshu, where many locations have received 150-250 mm (6-10 inches) of rainfall. One of the hardest hit areas is…