If I am counting right this will be the birth of the fourth island in under two years. Two in Jebel Al-Zubair, one in Indonesia (that I for the life of me can’t remember the name of) and now Nishinoshima is in the process of birthing its second island in 40 years. It is also interesting that it takes place within a week of the fiftieth anniversary of the birth of Surtsey.

Surely the first Met Office graph is a mistake? It does not look remotely frightening enough 😀

In 2007, a team of climate scientists from the UK Met Office led by Doug Smith wrote a paper “Improved Surface Temperature Prediction for the Coming Decade from a Global Climate Model”, published in the journal Science.  Although published in 2007, the paper made predictions for the decade 2004-2014. (Presumably the work was started around 2004 and it took some time for the paper to be published). The paper made claims about the “skill” of the model, for example “Having established the predictive skill of DePreSys…”

The Smith et al paper made the following specific predictions:

Note that at that time, 2007, the warmest year was thought to be 1998; subsequent adjustments to…

I have often thought (and said) the CO2 meme takes valuable resources, time and effort away from real environmental issues. A very good read.

To insure the public does not become complacent as the 16-year hiatus in rising global temperatures continues, the media is spammed with untested models claiming rising CO2 is and will spread death and destruction via food shortages and disease.

As MIT’s world-renowned oceanographer Carl Wunsch warned “Convenient assumptions should not be turned prematurely into “facts,” nor uncertainties and ambiguities suppressed…Anyone can write a model: the challenge is to demonstrate its accuracy and precision…Otherwise, the scientific debate is controlled by the most articulate, colorful, or adamant players. (emphasis added)”1As presented here before, the extinction of the Golden Toad illustrates the great abyss that separates the rigor of good medical science from the opportunistic models trumpeted by a few articulate and adamant climate scientists. The lack of substance in climate propaganda…

While we wait for wacky antagonist Greg Laden to make a decision on whether he’ll chip and and help the relief effort, here are some useful bits of information that help put this storm into the perspective of “worst ever” claims, and opportunistic claims about it being a product of global warming, like Greenpeace is doing:

But, when you look at the science for tropical cyclones in the region, such claims don’t even begin to hold up. These two papers show the reality from data – no trend, either in landfall or in total frequency/intensity of storms:

Anytime that you read claims that invoke disasters loss trends as an indication of human-caused climate change, including  the currently popular “billion dollar disasters” meme, you can simply call “bullshit” and point to the IPCC SREX report. Roger Pielke

First of many garbage articles to come. http://t.co/Ll3n7TfQGW

Over past 1,000 years, Philippines have been hit by 10-20 thousand tropical cyclones. Don't be so arrogant to believe man caused Haiyan. 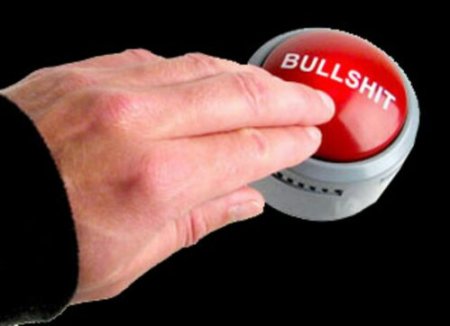 The Next Grand Minimum

Mendoza has 55,000 hectares planted with fruit, 22% of the province’s productive area. Of these, 39,400 hectares are stonefruit crops, which were severely damaged by the frosts in last September.

The October 2013 study indicates that, in the case of peaches (fresh and ) and fresh plum, 85% of the crops were lost, 35% of the plum, for processing, 75% of the cherry crops and 90% of the apricot crops were also lost.

Some growers have reported losses of 50 to 100 per cent of their wine grape crops in low-lying areas in Murrumbateman, on the southern tablelands of New South Wales, near Canberra. Others say their vines survived unscathed.

Winemaker, Tim Kirk, from Clonakilla vineyard says overall he’s lost 60 to 70 per cent of his fruit.

Note: this essay was written by the National Weather Service Forecast Office is Burlington, Vermont and tipped to me by a reader. Vermont’s wind farm acreage pales in comparison to places like the Texas and Oklahoma, where there are literally thousands of acres of wind farms right in the middle of tornado alley. I’ve been there and seen them firsthand.

While driving to Norman, OK recently I saw the newest “wind farm” to the west of Interstate 35 southwest of Tonkawa. Wind farms show up as bright ground clutter on weather radars and here it is.

One has to wonder just how much trouble wind farms are causing the nation’s doppler radar warning system. It looks like a classic case of the law of unintended consequences at… Prepare yourselves for the second coming of Katrina, because you can bet that this storm will be hyped as an indicator of “global warming”.

As of this writing, the storm is in the process of making landfall in the Philippines and it is moving west at 20-25 knots and estimated winds of 170 knots (195mph).

Hurricane expert Dr. Ryan Maue has been monitoring the Super Typhoon for the past several days and remarked about the historic nature of Haiyan.  In this upper echelon of cyclone intensity, it is difficult to assign rankings or compare Typhoons due to inhomogeneous observing networks and tools.  But it’s fair to say that Super Typhoon Haiyan is as intense as a tropical cyclone can get.

From the “science is still settling” department, the question still seems up in the air to me.

On one hand we have Dr. Jasper Kirkby, Head of the CLOUD Experiment, CERN Geneva giving a thorough review showing strong correlations between cosmic rays, solar cycles and earth’s climate. He projects a possible mini ice age by 2015 similar to the Dalton or Maunder minimum.

On the other hand, we have RealClimate fanboy Rasmus Benestad with a new paper that says “no, absolutely not, except maybe Northern Europe, but I don’t know why, more study is needed”.

From the “science is still settling” department, the question still seems up in the air to me.

On one hand we have Dr. Jasper Kirkby, Head of the CLOUD Experiment, CERN Geneva giving a thorough review showing strong correlations between cosmic rays, solar cycles and earth’s climate. He projects a possible mini ice age by 2015 similar to the Dalton or Maunder minimum.

On the other hand, we have RealClimate fanboy Rasmus Benestad with a new paper that says “no, absolutely not, except maybe Northern Europe, but I don’t know why, more study is needed”.