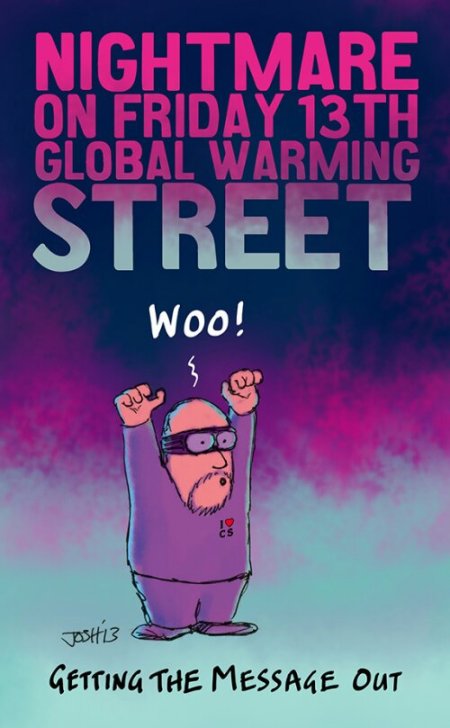 Get Josh's calendar at http://bishophill.squarespace.com/blog/category/josh?

The discrepancy between models and observations is not a new issue…just one that is becoming more glaring over time.

“Published today,  the study is the first to use both climate models

and river flow simulations from multiple hydrological models to look at global-scale changes in flood hazard under climate change. Using a high-end greenhouse gas emissions scenario out to the end of this century, researchers looked at potential changes in 1 in 30 year peak river flows. Results suggest that while decreases in extreme river flows are likely at about a third of the global land mass, increases are expected at more than half of the areas looked at. At between 5% and 30% of places, 1 in 30 year events became as frequent as 1 in 5 years.”

Alternatively they could look at look at previous cold periods, like the Little Ice Age when such events were more common than the Modern Maximum.
Any excuse to run the computer simulations eh? I wonder if they manage to get the morning coffee or do they need a similation to see how climate change might affect that first? GIGO