There’s a very interesting piece from the UK Met Office, about the recent run of stormy weather in the UK.

Since the start of December the UK has seen a prolonged period of particularly unsettled weather, with a series of storms tracking in off the Atlantic bringing strong winds and heavy rain.

The windiest month since 1993

In order to compare the recent spell with the numerous stormy periods of weather in the past the Met Office’s National Climate Information Centre has done an analysis of the number of weather stations in the UK which have registered winds over certain thresholds since the start of December.

This measure suggests that December 2013 is the stormiest December in records dating back to 1969 and is one of the windiest calendar months for the UK since January 1993.

December was also a very wet…

January 4, 2014– GEOLOGY –Mysterious lights that occur before or during earthquakes have been noted by eyewitnesses for centuries but, until now, have baffled scientists. In one example from 1727, a man from New England reported how he felt the ground shake then saw a ball of light roll onto his dog, causing the animal to yelp. In Peru in 2009, a fisherman said he saw the sky turn violet before the earthquake, while in L’Aquila in 2009, a man saw white flashes before the tremor struck. Researchers writing in the publication Seismological Research Letters have now put forward a theory about this mystery glowing, which takes place in geological rifts when the ground is being torn apart. The authors looked at several studies about earthquake lights to propose a mechanism for why they occur, Nature magazine reports. They compiled all the reports of earthquake lights from 1600… 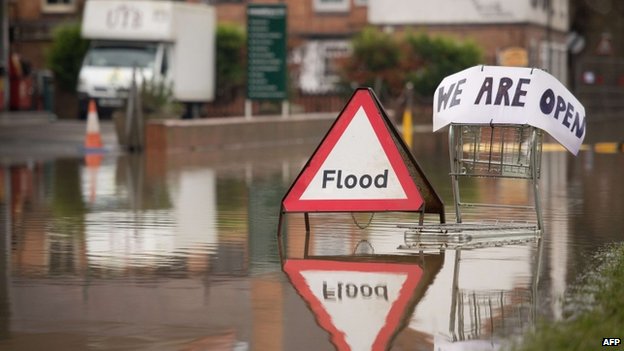 People are being warned to brace themselves for floods on England’s coasts and rivers.

The Environment Agency said the risk of coastal flooding could last throughout the weekend and into next week.

An 18-year-old remains missing in Devon as the Met Office issued severe weather warnings for much of the UK, with heavy rain and ice expected.

A storm surge in Scotland is expected later on Saturday, with low-lying premises on the Firth of Forth at risk.

The Environment Agency said parts of England’s north east coast could see flooding later while the south coast – including Portsmouth and Newhaven – is being warned to expect coastal floods over the next two days.

“The risk of flooding to the coast will continue over the next few days, especially on the south and west coast and along the Severn estuary, Jonathan Day from the…

2013 was a well below average year for Arctic Sea Ice Extent .

There were zero daily records set and no 2nd places.

“The smallest mistakes can cascade into a disaster”
— Chris Turney

It has been more than a week since the Akademik Shokalskiy got stuck in Antarctic sea ice. Its passengers have now been removed. Events are embedded safely enough in the past. Fortunately, beyond the monopoly of the flowery-but-unilluminating Alok Jha and the disinformation-obsessed BBC and the forced gaiety of the eco-tourists, independent voices are available. One of them is Janet Rice, an Australian Green party Senate candidate.

Paul Matthews has been sending me scans of Guardian articles about climate science from the mysterious “missing years” (see his comment on the previous post). I’d like to thank him and recommend everyone to look at his blog at https://ipccreport.wordpress.com/ which deals with rather more up to date material.

Some articles  are by their then science editor Anthony Tucker, and I reproduce two of them here. If the Guardian chooses to prosecute me for infringing their copyright I shall be using the Assange defence.  Either that or taking refuge in a friendly embassy.

Anthony Tucker died in 1998, so it is rather disturbing to find that , of the 47 articles recorded at http://www.theguardian.com/profile/anthony-tucker 41 were published after that date. Most of them are obituaries of scientists written ahead of their deaths, and the rest are reprints of articles from the archives. There are about ten of the latter, all…