Thankfully the low now engaging the British Isles is not intensifying or deepening, although as Piers Corbyn has said it will still be

VERY BIG and BAD rather than very very bad

He goes on to explain

In all the previous major storms October onwards this year WeatherAction correctly warned that the MetOffice were underestimating the top wind gusts – because our WeatherAction solar-based Top Red (R5, R4) Factors were operating. In THIS case although it is a very large system our top red ‘enhancement’ factors are not operating so although huge and dangerous waves are expected it will probably not have the local wind and hail ferocity of the NY+2, Jan3 storm.  Met Office top wind warnings therefore as 1800 Jan 5 are probably accurate or OVERESTIMATES”

END_OF_DOCUMENT_TOKEN_TO_BE_REPLACED 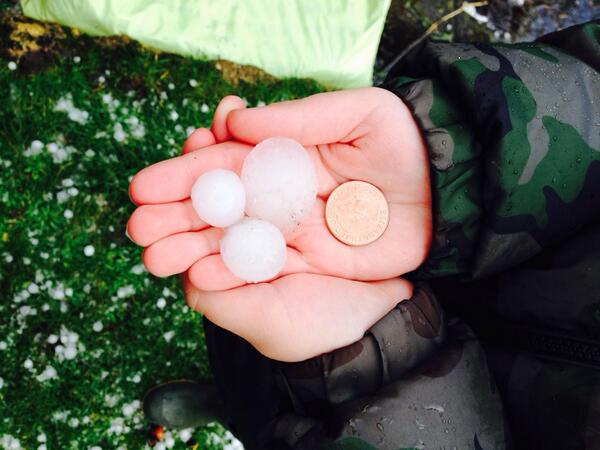 In the sea of storms and the deluge every day, for what seems like weeks now, Friday 3rd January was particularly notable for the ferocity of the squalls and the hail widely reported around the country. Sue, a subscriber of WeatherAction described the situation as

Wuthering Heights conditions in Cambridge UK. Howling gale, black sky and sleet in large quantities. Don’t know about Armageddon but this is looking quite [apocalyptic] in the short term.

END_OF_DOCUMENT_TOKEN_TO_BE_REPLACED

"@chidgecook: Is tonight's storm going to be the last of it for now or are we in for some more stormy weather?" Last in forseeable for here

Before the lull we have a low to contend with which thankfully will not be deepening as it traverses North of the British Isles but will still be of great concern. END_OF_DOCUMENT_TOKEN_TO_BE_REPLACED

Dave Burton has located the original National Academy of Sciences 1975 temperature graph, on page 148 of this report.

— from G. translate into English

Reader ES has tracked down this article about the giant B9B iceberg that has been parked off Commonwealth Bay for the last three years, and consequently led to a build up of sea ice in the bay, where the Akademik Shokalskiy is trapped.

It appears that the iceberg originally broke loose in 1987, and has since been nudging its way west, towards the Mertz Glacier, eventually colliding in 2010.

The report makes clear that this sort of iceberg calving is not unusual, and neither is its size.

A massive iceberg struck Antarctica, dislodging another giant block of ice from a glacier, Australian and French scientists said Friday.
The two icebergs are drifting together about 62 to 93 miles (100 to 150 kilometers) off eastern Antarctica following the collision on Feb. 12 or 13, said Australian Antarctic Division glaciologist Neal…

By WUWT regular “Just The Facts”

For anyone keeping track, 2013 has not been a good year for those who propagate the Catastrophic Anthropogenic Global Warming (CAGW) Narrative, also know by a litany of increasingly nebulous buzzwords including “Climate Change“, “Climate Disruption”“, “Global Weirding”, “Ocean Acidification”, and “Extreme Weather“. Regardless of efforts to nebulize CAGW to explain all forms of climatic and weather variation, in 2013 every loosely falsifiable prediction of the CAGW narrative seems to have failed. The apparent complete failure of the CAGW narrative in 2013 could make the most fundamentalist agnostic wonder if Mother Nature sometimes takes sides, aka the Gore Effect, but before we praise Gaia, let’s take a look at some CAGW predictions and the associated 2013 data.