Yes, I wondered too. After all the kerfuffle at the beginning of the month there’s been rather dead silence [see my last post here]. So I Googled and found some tidbits. 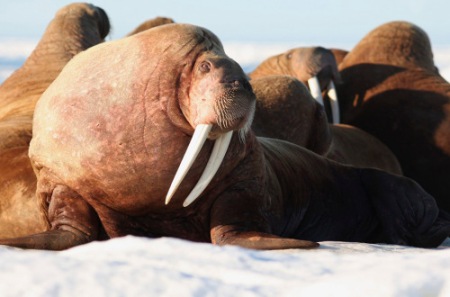 An article a few days ago at one media outlet (October 8, 2014) asked someone from the WWF what happened to the ~35,000 females and calves onshore near Point Lay, Alaska — because really, who else would you ask? Or, perhaps more to the point, would anyone at USGS be expected to answer?

And one online media outlet found walrus specialists in Alaska unwilling to lay all the blame for the recent massive haulout at Point Lay at the feet of low Arctic ice levels due to global warming. See what you think.

“According to a spokesperson…