Funding is only ever a bad thing when it can be used as a ‘Koch’ smear. Heaven forbid it is ever turned on you.

Censorship is horrible and oppressive unless of course there happens to be an opinion you disagree with in which case you can heckle and campaign for that person’s voice to be silenced oppressing them instead. You can complain about threats and abuse (asking for money helps ease progressive pain at these threats) feigning and thereby belittling serious mental complications such as PTSD, whilst happily doxxing, ending careers, intimidating and sending your fellow social justice crusader monkeys to abuse the objects of your ire – which is perfectly legitimate and not hate because leftists are incapable of hate just as gender hatred is the sole preserve of males, racism whites and religious intolerance is of course just for right wing christians. 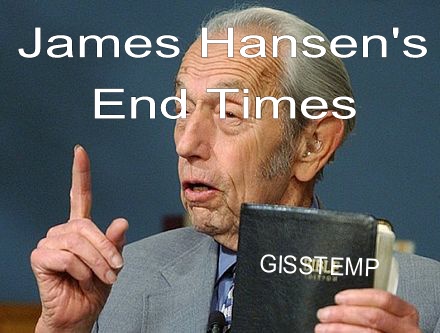 Oxford dictionaries define this as

The unjust or prejudicial treatment of different categories of people, especially on the grounds of race, age, or sex

Amnesty define it as

Discrimination strikes at the very heart of being human.  It is treating someone differently simply because of who they are or what they believe.

The Department of Work and Pensions

That means discriminating against someone because they are a white male christian is still discrimination, however goodluck with enforcing that as so called progressives will retreat to their safe space to watch frolicking puppies and other infantile crap because they need protection from the big scary world out there. Y’know with threats like applause. The reality is ordinary people need protection from these professional victims so we can go about our daily lives unmolested by people unable to accept that the world is not exactly how they want it to be.

Liberals have become such horrible reactionaries, more prudish than even the days of Mary Whitehouse and the apocalyptic cult that was the moral majority (who said environmentalists?). Rather than changes through consent or reforming to preserve – or heaven forbid persuasion by your arguments – these dumbasses want a just add water revolution. People have no taste for a resurgence of la Terreur that follows when you let ideologues loose on your civilisation. It does not matter if it is the left boot or the right boot that is stomping down on your face.

At what point will liberals wake up to realize the stranglehold that they had on the media for so long? They controlled the major newspapers and weekly newsmagazines and T.V. networks. It’s no coincidence that all of the great liberal forums have been slowly fading. They once had such incredible power.  Since the rise of the Web, the nightly network newscasts have become peripheral, and the New York Times and the Washington Post have been slowly fading and are struggling to survive.

Historically, talk radio arose via Rush Limbaugh in the early 1990s precisely because of this stranglehold by liberal discourse. For heaven’s sake, I was a Democrat who had just voted for Jesse Jackson in the 1988 primary, but I had to fight like mad in the early 1990s to get my views heard. The resistance of liberals in the media to new ideas was enormous. Liberals think of themselves as very open-minded, but that’s simply not true!  Liberalism has sadly become a knee-jerk ideology, with people barricaded in their comfortable little cells. They think that their views are the only rational ones, and everyone else is not only evil but financed by the Koch brothers.  It’s so simplistic!

Now let me give you a recent example of the persisting insularity of liberal thought in the media.  When the first secret Planned Parenthood video was released in mid-July, anyone who looks only at liberal media was kept totally in the dark about it, even after the second video was released.  But the videos were being run nonstop all over conservative talk shows on radio and television.  It was a huge and disturbing story, but there was total silence in the liberal media.  That kind of censorship was shockingly unprofessional.  The liberal major media were trying to bury the story by ignoring it.  Now I am a former member of Planned Parenthood and a strong supporter of unconstrained reproductive rights.  But I was horrified and disgusted by those videos and immediately felt there were serious breaches of medical ethics in the conduct of Planned Parenthood officials.  But here’s my point:  it is everyone’s obligation, whatever your political views, to look at both liberal and conservative news sources every single day.  You need a full range of viewpoints to understand what is going on in the world.