Something to tease the brain. 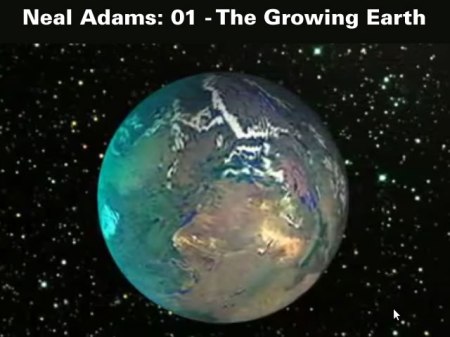 Neal Adams (born June 15, 1941) is an American comic book and commercial artist known for helping to create some of the definitive modern imagery of the DC Comics characters Superman, Batman, and Green Arrow; as the co-founder of the graphic design studio Continuity Associates; and as a creators-rights advocate who helped secure a pension and recognition for Superman creators Jerry Siegel and Joe Shuster.

Adams believes the Earth is growing through a process called pair production.

While Carey did advocate an expanding Earth in the mid-20th century, his model was rejected following the development of the theory of plate tectonics.