I wrote this down about two weeks ago after spotting some patterns. November looks like a cold shot will start but we’ll see what happens after.

Mar April May quite below average. Snow showers frequent but not a freeze. Less cold nights due to frequent changes/cloud cover but cold winds lots of showery weather.

The tapestry continues to be unpicked. 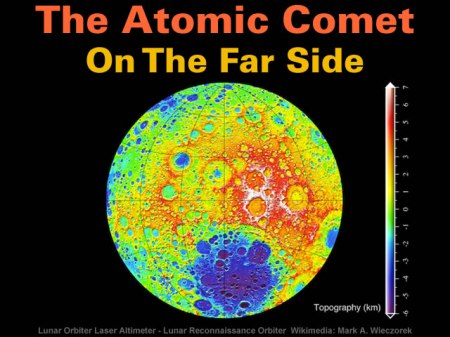 Following the Terrestrial Thorium line of enquiry to the Far Side of the Moon very rapidly becomes a fascinating journey to the Far Side as the Settled Science turns to dust and this independent observer is led to conclude the once wandering Earth only settled into it’s current steady orbital rhythm after it became entrained with the Moon.

The point of departure for this journey to the Far Side is the Tale of Two Thoriums as narrated by the Near and Far sides of the Moon.

The asymmetry in the distribution of Thorium spread across the Lunar surface starkly highlights the scientific shambles that is the KREEP narrative.

The gamma-ray spectrometer data shows that the rocks rich in potassium, rare earth elements and phosphorus, known as KREEP, are concentrated in the Mare Imbrium rim, the nearside maria and highlands near Imbrium and the Mare Ingenii South Pole-Aitken basin…

Write a sobering video, although the recognition of the libertarian perspective which falls to the left and right is somewhat of a salve. More and more people are walking up…is it too late?